Video is one of the fastest growing forms of data in the digital world today, especially in the enterprise.  According to industry forecasts, video as a percentage of Internet traffic is projected to rise above 80% in the coming years, with a large portion of that volume connected to the enterprise and how enterprises engage with their major stakeholders.

Here at Mark III we're fortunate to partner with IBM on not only cost-effectively and flexibly addressing the video storage challenges of today, but also leaning on these foundational video storage strategies of today to be able to fully take advantage of the emerging capabilities of tomorrow focused around video analytics and AI-powered computer vision that will revolutionize industries over the next 10 years.  In short, the decisions made around how to best store video data in 2016 and 2017 will impact how your enterprise will be able to take advantage (or not take advantage) of these huge digital competitive disruptors in future years.

We think that as AI-powered video analytics capabilities develop further, the volume and need for video will explode even more, as video will not only be a type of media used for historical recording and engagement with customers/employees/partners, but also one that can quickly be used in real-time to enable an enterprise to augment their business decision-making with ultra-responsive, human-like judgement and advice (all powered by video).  The video itself could possibly be employed by any number of IoT devices, cameras, or even bots. 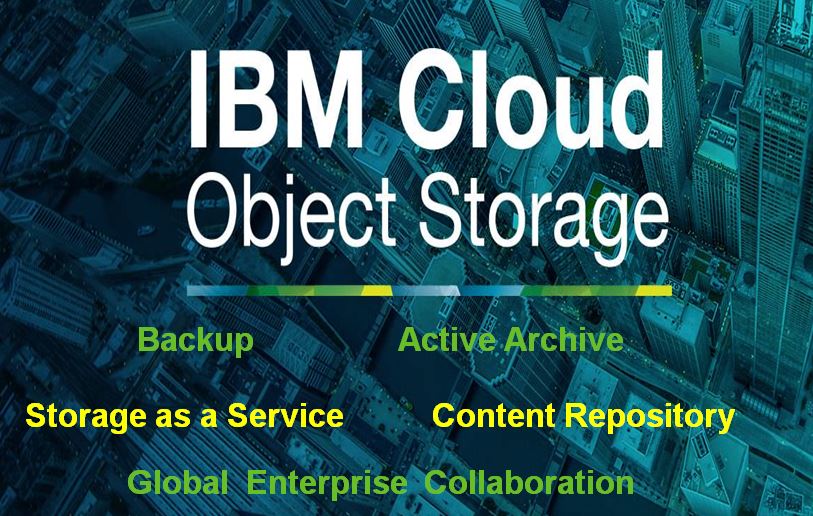 As for a glimpse of the future, Mark III's digital development arm, BlueChasm, took the IBM Cloud Object Storage foundation (deployed on-premise on IBM Systems in our lab for our prototype) and created its own video analytics platform (called VideoRecon), which uses IBM Watson to "watch" and "listen" to videos and auto-tag the videos with metadata of what it "sees" and "hears."  IBM Cloud Object Storage serves as the flexible object storage layer for the videos and tags, and its open API access enables other platforms or applications now and in the future to access its repository in a frictionless manner.  Here is the original video analytics prototype that BlueChasm built early in 2016, which served as the original foundation for what VideoRecon has grown to today.

VideoRecon is just one possible platform built on the IBM stack that can take advantage of IBM Cloud Object Storage for video insights.  Since IBM Cloud Object Storage is driven as an open API, you actually don't even need to use the IBM Cloud stack to tie into it or use it for your particular use case...  the idea is that it can serve as the digital data foundation for virtually any use case and any stack you can think of that incorporates video.

Introduction: In this blog post we will be looking at a synthetic dataset that "reflects real predictive maintenance encountered in the industry". Our goal is to predict the conditions that…

SMU to launch AI supercomputer with NVIDIA and Mark III

November 16, 2021 – Mark III is excited and honored to announce that we’ll be working closely with SMU and NVIDIA on the launch of a new AI supercomputer based on…