Brocade Workflow Composer & StackStorm: Our contribution to the future of DevOps and ChatOps!

In a nutshell, StackStorm is an open, event-driven automated framework that essentially "glues together" all your enterprise apps, services, and workflows (including things like Chef, Puppet, Ansible, GitHub, Docker, VMware, IBM SoftLayer, Windows, Jenkins, Slack, Twitter, Splunk, Twilio, Cassandra, Elasticsearch, ServiceNow, and many more) .  In short, you can have events in one of your tech "stacks" trigger events or actions in others, in a manner that requires virtually no setup (with nearly 2000 pre-wired integrations from the project), and done in an extendable and flexible manner with a focus on DevOps and ChatOps.

With all that said, due to some feedback from our ecosystem partners, we decided to actually write and contribute an integration pack to the StackStorm project itself, specifically one for Zendesk, which is the one of the most popular customer service software and support ticketing platforms in use today.  We actually use Zendesk ourselves internally, so this worked out for us personally as well.

The Zendesk integration pack we put together (found here) would enable any user of StackStorm or Brocade Workflow Composer to be able to do the following in Zendesk: 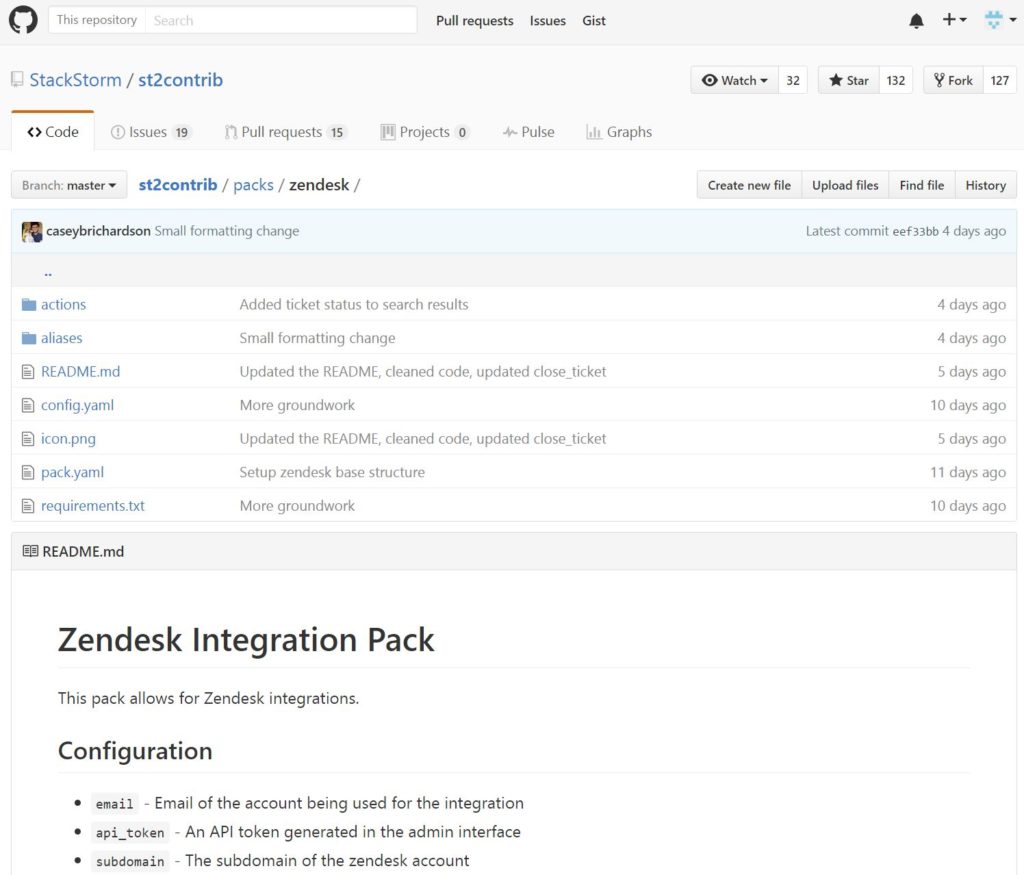 This might mean that an enterprise (or service provider) could easily wire together an auto-remediation workflow and as part of the workflow, they could now open up a services/support ticket via Zendesk to alert the team, in the event of an issue requiring a ticket (either internally or from a third-party).

Or that a DevOps or support engineer team could easily create/update/query tickets transparently on Zendesk all without leaving their team's Slack channel.  Pretty powerful stuff if you're looking to get things done really quickly (for YOUR end user) and with the maximum amount of team collaboration and transparency.

If you're looking for more information on how we built our Zendesk integration pack, I'd recommend you check out the BlueChasm blog here (BlueChasm is a our digital development team).

Let us know if you have any questions about Brocade Workflow Composer, StackStorm, or Brocade (in general)-- the future of DevOps in our part of the world looks bright!