Windows is one of the most popular operating systems on the planet today with a daily estimated usage of about 1.5 billion users globally, and this number continues to climb.  Over the years, Microsoft has released quite a few major Windows editions from MS-DOS, Windows 3.1, NT, 2000, XP, 8.1 to the latest Windows 10, which has proven to be one of the most successful in recent years.

But no matter how successful, well developed, clean, and well-maintained an OS is, over time a computer can suffer from system failure due to system critical errors and application conflicts from programs installed.

System administrators spend much of their time analyzing and troubleshooting Windows crashes and application hangs on a regular basis, which also is the most common source of user disruption when working with Win32/Win64 applications.

There are many different causes for application crashes and hangs, and not all of them manifest in an unresponsive UI. However, an unresponsive UI is one of the most common hangs reported which also tends to receive the highest number of support calls for both detection as well as recovery internally within an organization and externally.

Performing a root cause analysis can be extremely challenging and often requires an extensive knowledge of the underlying OS; knowing how the application was developed and integrated with the OS often requires a Windows expert with multiple technical skills including, but not limited to Kernel System Files, DLL, COM objects, WMI, Registry, .INI, Environment Variables, .NET are just a few key components to consider while troubleshooting.  In addition, other factors to consider are intensive application processes, memory leaks, applications conflicts, malware, and viruses, which can contribute to a non-responsive application UI, crashes, and hangs.

Regular system maintenance such as security patches, antivirus definition updates, and system clean up should improve the health of a system and prevent it from crashes.  However, sometimes maintenance can actually have an adverse effect, if not planned well.

WhatIsHangs? from Nifsoft, is a small but useful application designed to help administrators and developers identify the potential causes when crashes and application hangs occur.

The detailed reports provided regarding Call Stack, Stack Data, Process Registers and Memory Data are designed to help administrators and developers to determine the actual cause which contributed to the application crash or hang.

In addition, a list of .DLL files and related strings generated by WhatIsHang can be extremely useful for the administrator and developer to determine the actual cause.

When Windows or a running application hangs, the user interface abruptly stops responding, and you cannot determine what has caused the problem or how to troubleshoot the issue.

This utility tries to detect the software or process that is currently hung and displays helpful information that may allow you to sort out and understand what exactly is at the root of such unexpected behavior.

WhatIsHang is required to be in an active mode to process, monitor and display information for the hung application. Once it detects a hung application, from the upper pane, a user needs to select the desired process name from the list and press F9.

WhatIsHang will then inspect the hung application and display all relevant information in the lower pane.

If WhatIsHang unable to detect any hung application, the upper pane will be empty, until any hung software is detected. See sample text report displayed below:

First, you should be aware that there are 2 types of hung problems:

1- The program hangs in a single system/Kernel/API call. This means that the program requests to do something from the OS (like opening or reading a file) but the OS function does not return and thus causes the program to hang.

2- The program hangs because there is an infinite loop, very long loop, or recursive calls. When WhatIsHang detects the first hang problem, the report will contain only one system call snapshot. When WhatIsHang detects the second hang problem, the report will contain 3 snapshots of 3 random execution points.

Here is some information about every section of the WhatIsHang report:

There is a new experimental report that displays information about all running threads instead of showing only the main user interface thread that stopped responding.

This type of report might be useful when multiple threads are involved in the hanging problem (Example when the main user interface thread waits for another thread to complete).

You can get this report by pressing Ctrl+F9, be aware that this report might be very large on multithreaded applications.

Translating WhatIsHang to other languages

To translate WhatIsHang to other languages, follow the instructions below:

2- Open the created language file in Notepad or in any other text editor.

3 - Translate all string entries to the desired language. Optionally, you can also add your name and/or a link to your Web site. (Translator Name and Translator URL values) If you add this information, it will be used in the 'About' window.

In a VDI and Non-VDI environment running the WhatIsHang utility, another useful piece of software that can be extremely helpful when there is a need to monitor and identify what has changed to a computer, especially when a new application is installed, is a utility called InstallWatch Pro.

With a Before and After snapshot, this tool is particularly useful in identifying Systems Files and Registry Changes, Added, Deleted & Modified.  A well-thought-out exported option for HKEY_LOCAL_MACHINE & HKEY_CURRENT_USER is also available for added convenience. 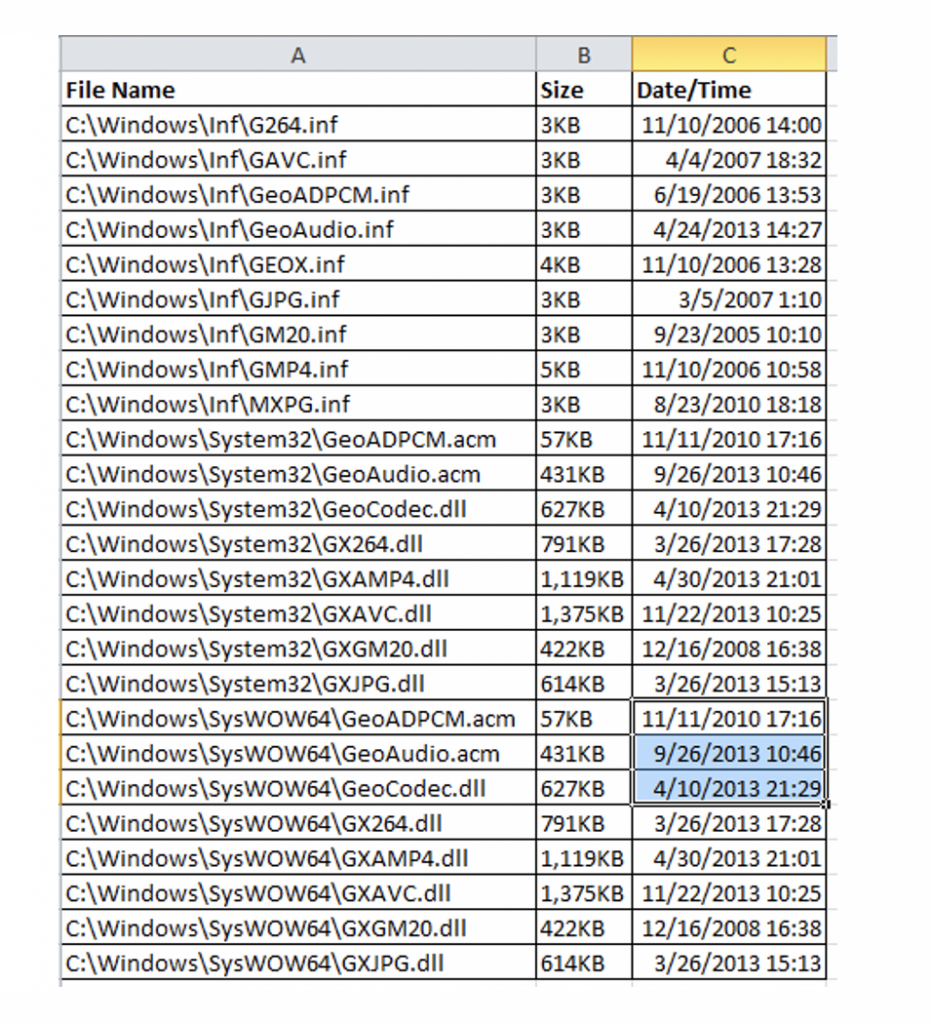 The software above and referenced is provided "AS IS" without any warranty, either expressed or implied, including, but not limited to, the implied warranties of merchantability and fitness for a particular purpose. The author will not be liable for any special, incidental, consequential, or indirect damages due to loss of data or any other reason.

As those of us in Texas begin to recover from the historic cold weather and sustained power outages this past week, I'm reminded of why tape continues to be a…

Natural language processing requires the use of large amounts of text in order to train models and make predictions. However, human language is complex and steps must be taken to…