If you read my blog from December 20 about answering questions from long passages using BERT, you know how excited I am about how BERT is having a huge impact on natural language processing.  BERT, or Bidirectional Encoder Representations from Transformers, which was developed by Google, is a new method of pre-training language representations which obtains state-of-the-art results on a wide array of Natural Language Processing (NLP) tasks.

The BERT pre-trained models can be used for more than just question/answer tasks.  They can also be used to determine how similar two sentences are to each other.  In this post, I am going to show how to find these similarities using a measure known as cosine similarity.  I do some very simple testing using 3 sentences that I have tokenized manually.  If using a larger corpus, you will definitely want to have the sentences tokenized using something like nltk.tokenize.  The first two sentences (0 and 1) come from the same blog entry, while the third (2) comes from a separate blog entry.  The similarity between sentences 0 and 1 should be higher with each other than with sentence 2 (I’ll explain later why I used the numbers 0-2 instead of 1-3).  Let’s see if that is the case.  The sentences are:

Installing the BERT Server and Client

The BERT server and client require TensorFlow version 1.10 or greater.  I used version 1.14.0-rc0 in this testing.  To install each, run the following:

Create a directory for the models to be saved in:

Get the pre-trained models (https://github.com/google-research/bert#pre-trained-models).  I used BERT-Base, both the Uncased and Cased versions for testing.

When starting the BERT server, you must specify which pre-trained model to use.  The switch specifies how many clients can concurrently connect to the server at one time.  The switch is not necessary, but I use it here so the encoded sentences can be seen.

If using the Uncased model, run:

If using the Cased model, run:

When the server is started, you will see something similar to this:

The following script (BERT_sentence_similarity.py) can be found on my Github at https://github.com/pacejohn/BERT-Cosine-Similarities.

# Uncomment the following line if the BERT server that is running locally (on the same physical server that the client will be running on).
#client = BertClient()

# Uncomment the following line if the BERT server is running remotely (on a different physical server than the client will be running on).
# You must specify the IP of the remote server and the ports
client = BertClient(ip='10.3.50.61', port=5555, port_out=5556)

# Encode the sentences using the BERT client.
sentences = client.encode([sentence0, sentence1, sentence2], show_tokens=True, is_tokenized=True)
# If you print ‘sentences’, it will show the arrays along with the encoded sentences.  This can be interesting because it shows which words it did not recognize.  They are denoted by [UNK].
sentences

# Show the sentences and their cosine similarity, but leave off the [CLS] at the beginning and [SEP] at the end
if first_sentence == 0 and second_sentence == 1:

As a final note, Tables 1 to 4 below show the differences in the cosine similarity between the sentences when capital letters are used or not used and when the Uncased or Cased model is used.  In my next post, I will discuss these differences in more detail.

Thanks to Anirudh S and Han Xiao​ for code snippets and ideas:
​
https://towardsdatascience.com/word-embedding-using-bert-in-python-dd5a86c00342

If you have ever used Pandas, you know that it is a great tool for creating and working with data frames.  As with any software, optimizations can be done to… 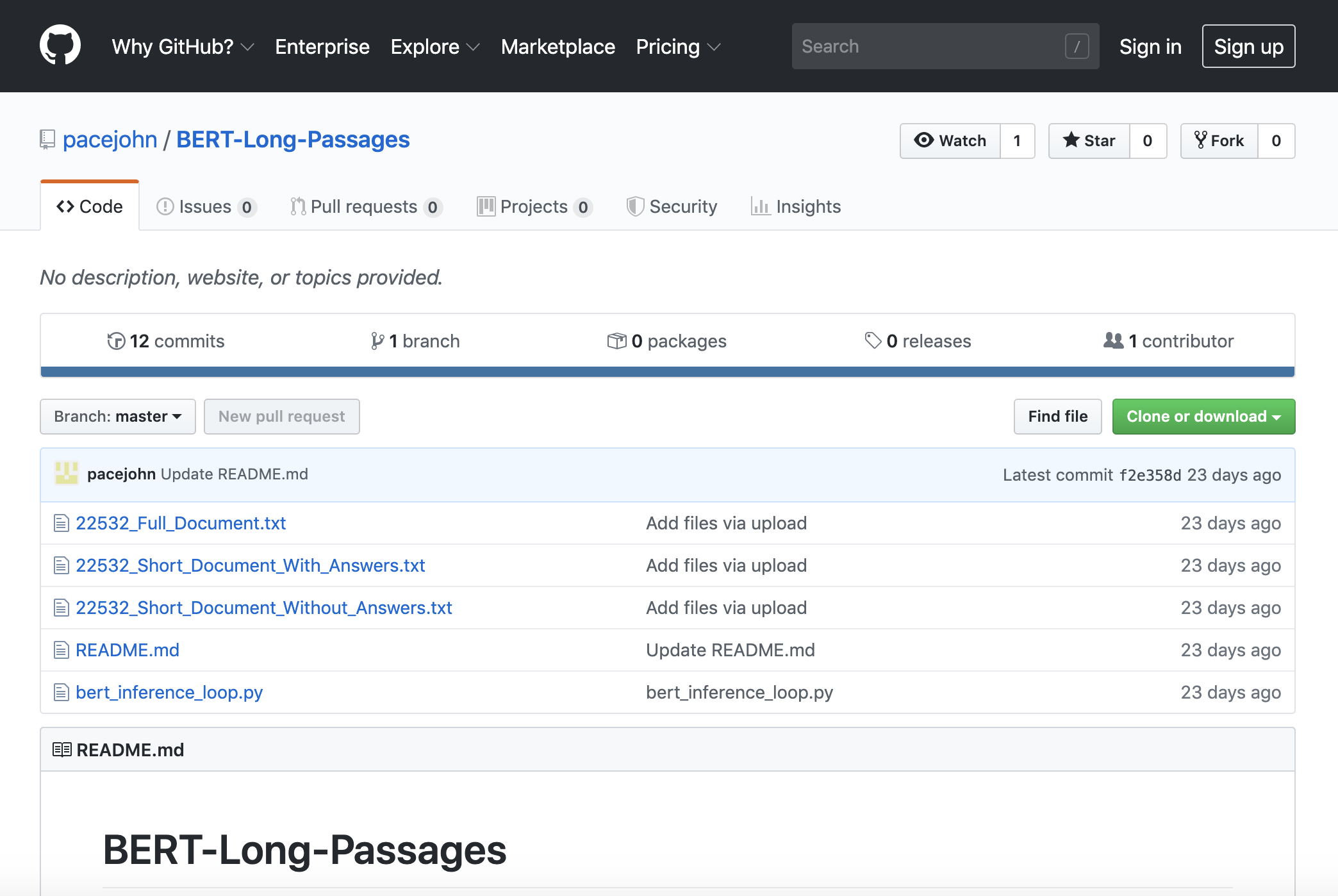 BERT, or Bidirectional Encoder Representations from Transformers, is a new method of pre-training language representations which obtains state-of-the-art results on a wide array of Natural Language Processing (NLP) tasks.  It’s…